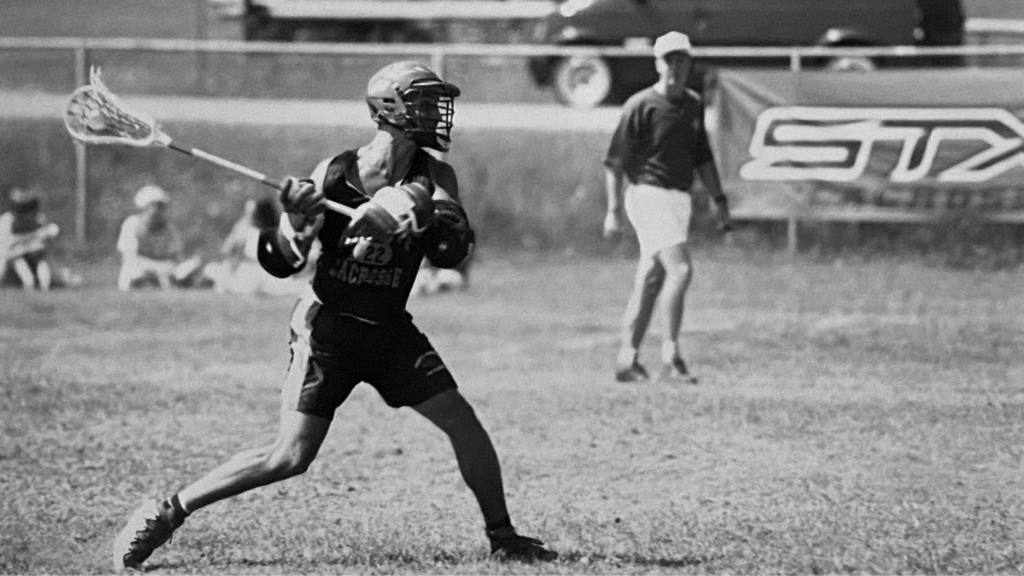 Charlie Lockwood (New England Knights) about to fire a laser

"What a glorious celebration of the sport of lacrosse!" was a comment made by one of the many spectator's who attended the 1997 Lake Placid Summit Lacrosse Tournament. And her sentiments were echoed by the many players, coaches, officials, hard core enthusiasts and casual observers who enjoyed four beautiful August days of world class lacrosse.

Held annually in Lake Placid, New York, site of the 1932 and 1980 Winter Olympics, this year's tournament was a truly exceptional event. In it's eighth year, the Summit originated with a modest field of seven teams. By 1997, the field had grown to forty-two teams competiting in three divisions. When asked about the phenomenal growth of the event, tournament director and founder George Leveille explained, "The majority of the teams are top quality and the venue (Lake Placid and the Adirondack Mountains) is a great draw for both players and spectators."

The thousands who participated this year were treated to incredible weather; sun drenched days with temperatures in the mid-80's and a refreshing cool breeze gently blowing down from the surrounding mountains. And at night, the cool temperatures were just right for high energy bar hopping and socializing along Main Street in the Olympic Village. For lacrosse viewing, a single day's action included as many as 28 games all within short walking distance. For lacrosse enthusiasts, Lake Placid seemed like the perfect place to have your remote control stuck on the lacrosse channel.

By late afternoon Sunday, 84 lacrosse games had been played, three champions had been crowned, and many friendships had been made or renewed. As thoughts began to turn towards 1998, perhaps Paul Gait summed up the experience best in saying "Most of the guys know each other and have even played together in college or club ball. This tournament brings out the best in everyone...it's great fun, and Lake Placid is a special place to play."