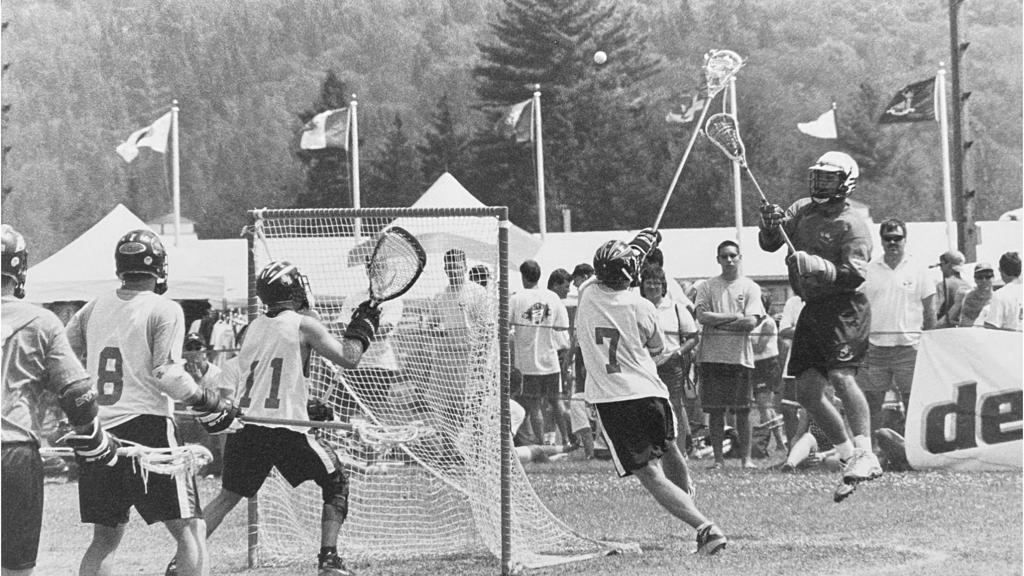 Ryan Powell with the jump-pass from X 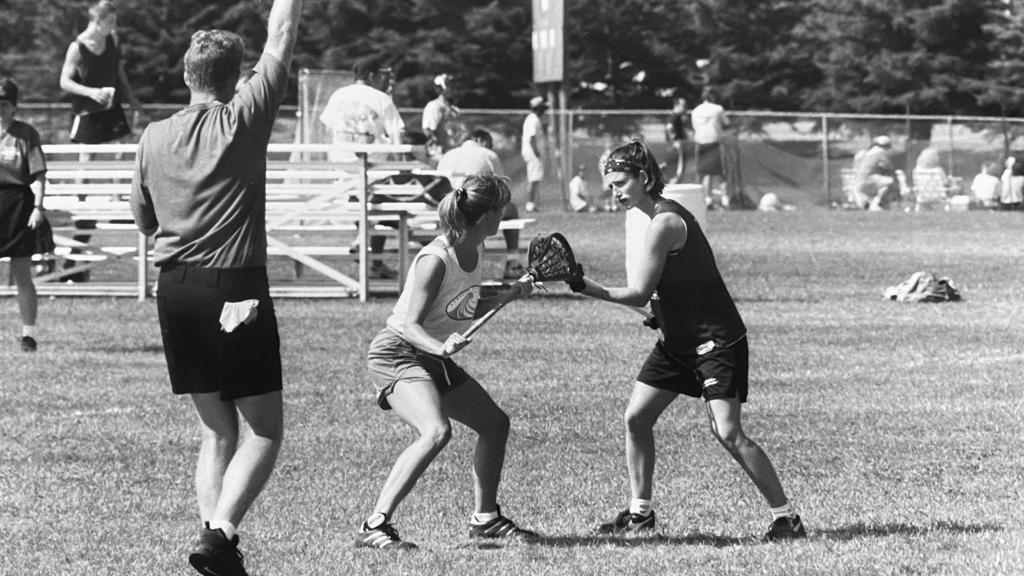 The ninth annual Summit Lacrosse Tournament in Lake Placid, New York, was bigger and better than ever. Over the years, the event has grown from seven teams to 56. And the 1998 tournament for the first time added a women's division to the three men's divisions of recent years.

And yet, the more things change at Lake Placid, it could be said, the more they stay the same. When the dust had settled after Sunday's championship games, perennial power Sailin' Shoe Lacrosse Club  had defended its men's STX Division I title - for its seventh overall. What's more, the Salin' Shoe Masters kept their perfect Summit record intact, capturing their sixth straight Brine Masters Championship.

in the Division I final, Sailin' Shoe, which topped Upstate Lacrosse Club, 10-7, in their Saturday semifinal matchup, jumped on top of Bedding Barn, 6-1, in the first half and never looked back. Coach Jake Reed's 11-6 championship victory was all the more impressive because team star Casey Powell watched the game from the sidelines. Brother Ryan Powell took up the slack, scoring two goals and two assists. The Coffmans, Jason and Josh, each scored two goals as well, and goalie Rich Barnes's 12 saves, many spectacular, squelched any hope of a come-back when Bedding Barn's offense came to life in the second half.

The "Senior Shoes" were perhaps even more dominant in their masters championship victory over the Baltimore Green Turtle club. Led by three first-half goals by Keith Vadas, who would add a fourth in the third quarter, Sailin' Shoe was up 8-2, at the half and was never seriously challenged thereafter.

The Summit's first-ever women's championship featured two Upstate New York squads, Baldwinsville and Chicks with STX, who earned their berths on the basis of three preliminary games of round-robin play. While the contest was close throughout, Baldwinsville prevailed, 8-7, on Fay Nabor's game-winning goal, her second of the game. She also had two assists. Kathleen O'Shea led CWS with two goals and an assist.

Two first-year team Whistle Stop and All-Metro, met for the DeBeer Division II title. After a close-to-the-vest first half which ended, 3-3, the teams opened up in the second half, trading goals, with All-Metro finally capturing a 10-9 victory. Seven Metro players found the net, led by Adam Callahan's three tallies to offset Josh Coffman's four goals for Whistle Stop.