(ATR) World Lacrosse wants to grow its membership by 60 percent in the next five years and return to the Olympic program in 2028.

Jim Scherr, CEO of World Lacrosse joined Steve Stenersen, head of US Lacrosse, to lay out the ambitious plans at a seminar last week at the 30th Lake Placid Summit Lacrosse Classic Tournament.

“We want to grow our member nations from the current 62 that we have to 100. And that’s a very aggressive growth over the next five years,” said Sherr.

He admits that the chances of a return to the Olympics may be a long shot. But he is encouraged by the provisional recognition extended by the IOC in late 2018. It’s a necessary first step for all new sports on their way to the Olympic program.

“This sport I think epitomizes the Olympic ideals like no sport. It has a phenomenal history and tradition and origins of the sport, which make it a special game. But also the modern game is an incredibly fast-moving, exciting sport that also has the best of the Olympic ideals of friendship, fair play and excellence demonstrated on the field of play,” said Sherr, who once was CEO of the U.S. Olympic Committee.

Along with the efforts already invested in promoting the game, lacrosse faces challenges that include modifying the squad size and revising the rules of play. And the spread of global excellence in the sport remains far from reach.

“We were really focused on appropriately balancing innovation in our sport with the importance of sport integrity, the history and the uniqueness of our sport,” said Stenersen.

He is working on cut the squad size to six each team and modifying other elements of the game such as field size and t he length of quarters. World Lacrosse and US Lacrosse are testing a smaller six-on-six version of the game with a shorter time of play.

“It’s disruptive. It’s different. You are going against what you are used to and you love, which is normal. But we just

ask you to keep an open mind,” Stenersen said about the changes.

He says he believes those changes will let countries other than the US and Canada compete for Olympic medals.

“Newer countries requiring fewer players to play a game. Newer countries being able to travel through competitions in a less expensive way because the squad sizes are far smaller,” Sternersen said.

“This is simply the addition of a discipline that I hope will help us not only in terms of our Olympic aspirations but also in terms of development.”

Lake Placid, the host city of the 1932 and 1980 Winter Olympic Games, is a paradise for lacrosse athletes and enthusiasts.

“Thinking about how lacrosse fit into the whole university theme here in North America, I am encouraged to see discussion about taking to the full range of its potential, which is to make it an Olympic sport,” said Lake Placid Mayor Craig H. Randall.

The Olympic town hosted the three-decade-old annual Summit Lacrosse tournament from August 5th to 11th. The tournament of competition and camaraderie has evolved into a seven-day event with more than 230 teams and several thousands of players participating.

Reported by Wufei Yu. For general comments or questions, click here.
Your best source of news about the Olympics is www.aroundtherings.com, for subscribers only. 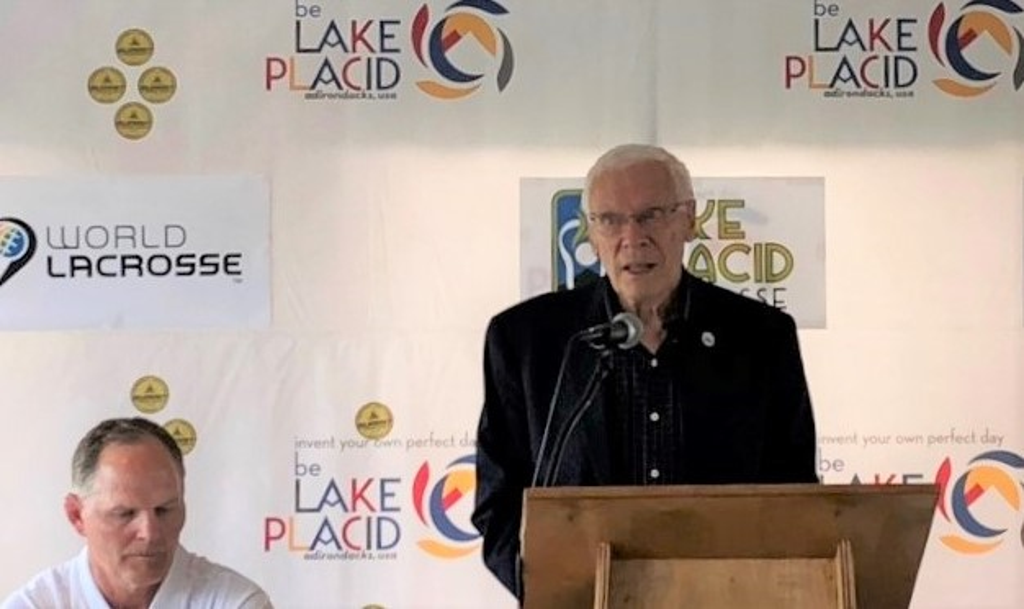