2020 and 2021 Legends of Lake Placid classes to be recognized on Thursday, August 5

Twelve of the newest Legends of Lake Placid will be introduced and celebrated at the North Elba Athletic Fields at 6:30 PM on Thursday, August 5 as part of the annual Lake Placid Summit Classic, which makes its return after being canceled last summer.

Ten individuals and teams were inducted remotely last summer, in seven different categories. Tim Shurr and Paul Lamparski were named recipients of the Dan Spillett Award recognizing Grand Masters players who showed courage and determination in their years playing in the tournament, and Holly Healy received the Jim Muhlfelder Award, presented to an individual who has played a large role in the growth of the women’s side of the tournament. Referee John Keenan received the Larry Piatelli Award for his years of service, and Dave Brant and Mark Burnam were named Legends in the Travis Solomon Award category, which recognizes a traditional and respectful approach for the game. Former tournament staff member Jeff Jacques received the Tom Pillsworth Award for his years of service, and Jeff Coulson and the Connecticut Valley Lacrosse Club (CVLC) were the first-ever recipients of the Paul Rose Award, which recognizes a coach or team organizer whose dedication and commitment to the tournament go above and beyond. The Frank family, from Westwood, Massachusetts, was the 2020 recipient of the Lax All Stars “Grow the Game” Award, for their years of coaching and promoting boys’ and girls’ lacrosse at every level.

In addition to those ten, two more lacrosse officials will be added to the Legends ranks this year. Mike Branski and Spike Decker have been selected as the 2021 winners of the Larry Piatelli Award. Teammates since high school, both started their refereeing careers in 1990 and each has gone on to officiate high school championships, NCAA Final Fours, professional games, and international contests.

All are invited to attend the induction ceremony next Thursday evening. Donations to the Legends Foundation, which has supported various charities over the years, will be accepted. 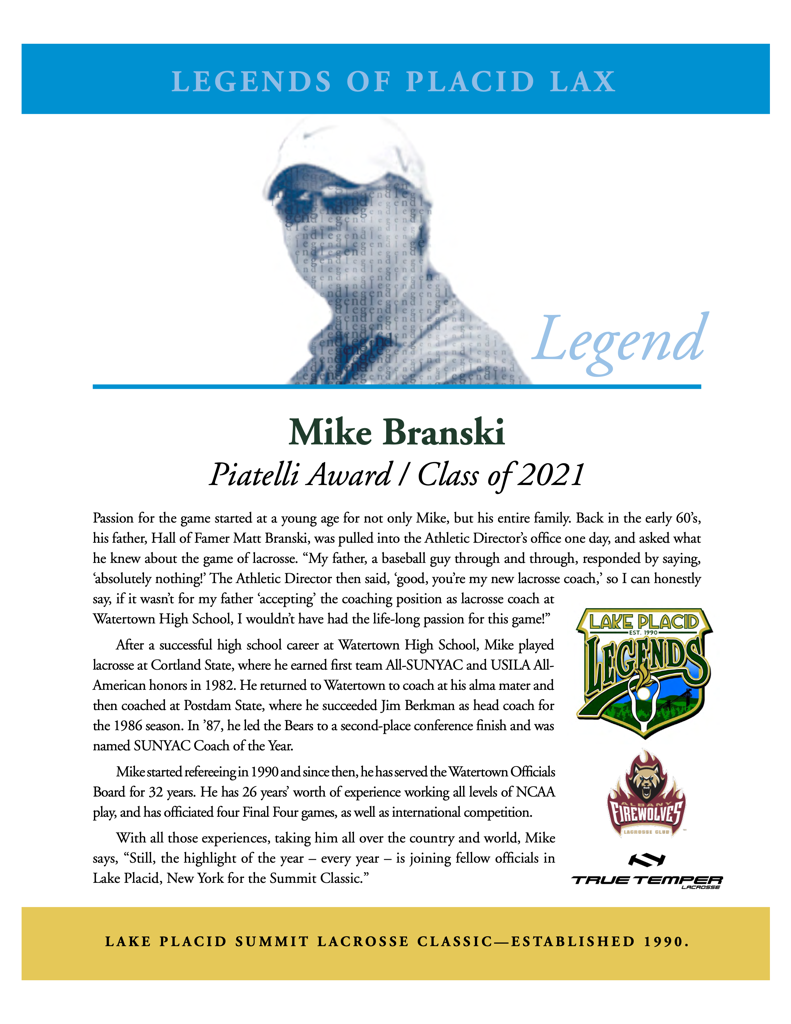 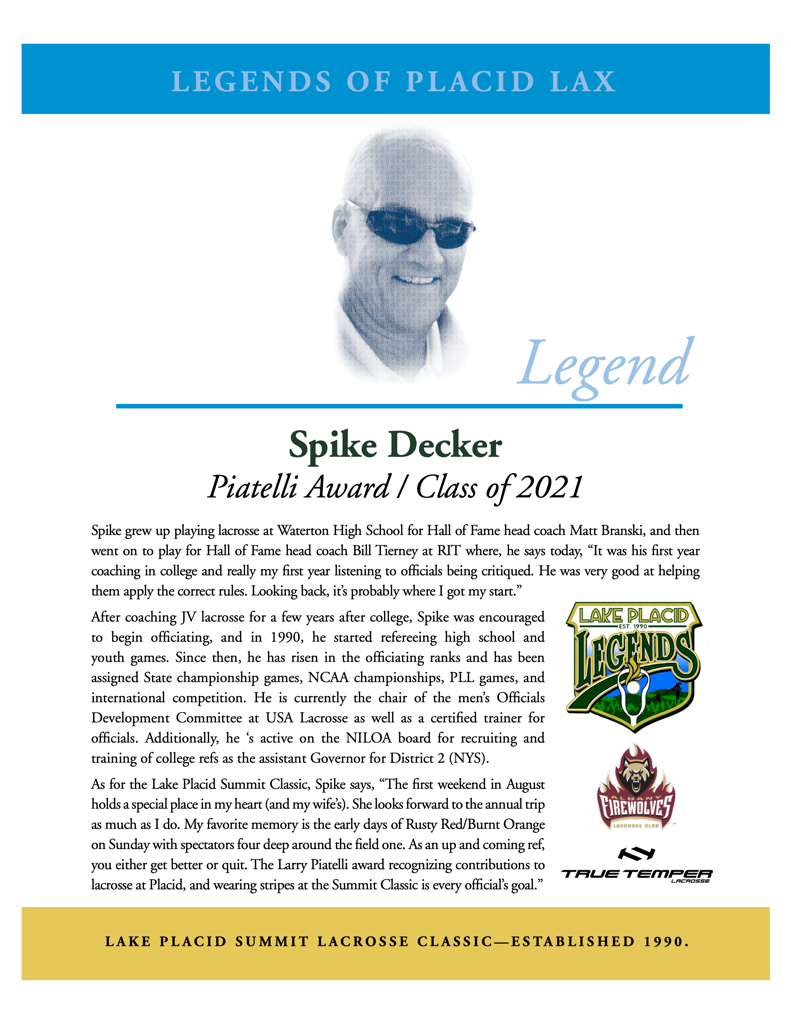 View All Legends of Placid Lax