High School Summer Lax to the Max at Lake Placid

The Scholastic Division of the Lake Placid Summit Classic takes place during the first three days of the tournament every year. These high school aged players come from all over the country to test their metal against the best in the business.

While the constant chatter of who’s-committed-where can be interesting if you’re into that kind of thing, the real focus of these games is to give the kids a fun and competitive environment to play the game they love. It’s truly a sight for sore eyes if you’re not used to the festive side of high school summer lax!

The sidelines aren’t lined with college coaches in camp chairs armed with binders, they’re lined with parents, grandparents, brothers and sisters watching and cheering these kids on. This is a family event that everyone can look forward to as the summer begins to wind down. With the iconic Olympic ski jumps in the background, the sun on your back, and top tier lacrosse to watch and play, this really is a destination not just for lacrosse players, but for lacrosse families.

In the oldest age group in the most talented age group, Sweetlax’s National Team was able to edge out FCA National Team by just one goal in an amazing back and forth battle. THIS was championship caliber lacrosse and was an amazing effort put forth by both teams. Arguably game of the week! 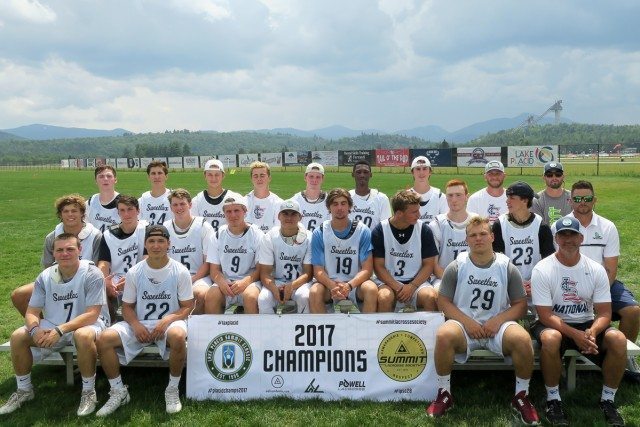 Team 91 out of Long Island was able to stifle FCA’s potent offense in a very close 2 goal game that could’ve gone either way. Domination at the faceoff X and settled possessions on offense sealed the deal for team 91 to win the 2018-19 Silver Division Championship 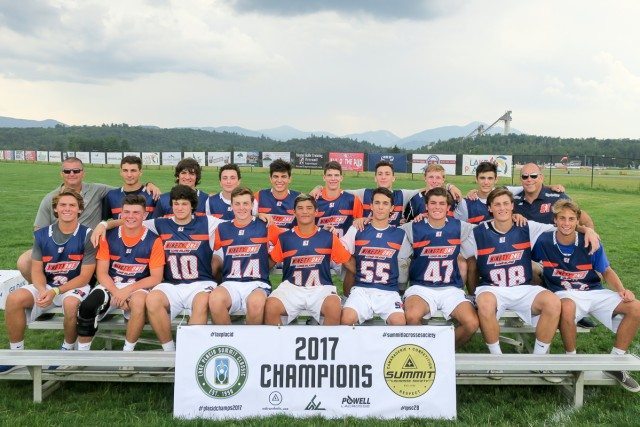 FCA brought three teams in three divisions to the championships, and with their 2020-21 National team they were able to bring home a championship in the highest talent level at this age group. These kids are soon to be top tier talent at the collegiate level, so keep an eye on this crew! 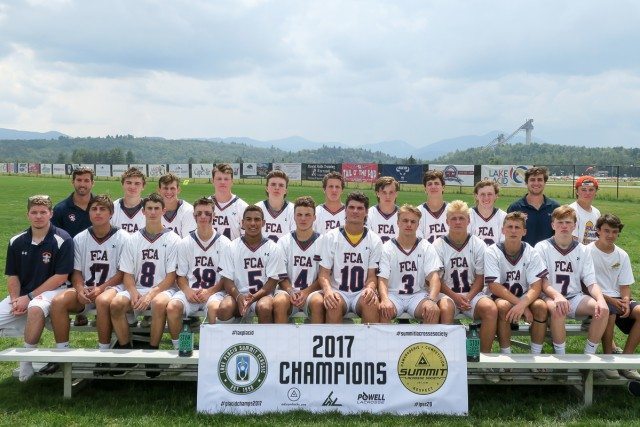 The Gaffer program out of Corning, New York has been turning heads since they’ve been coming to tournaments. While this isn’t a large program boasting big numbers of kids, they are turning out quality over quantity and these blue-collar kids just get the job done with hard work and tough physical play. 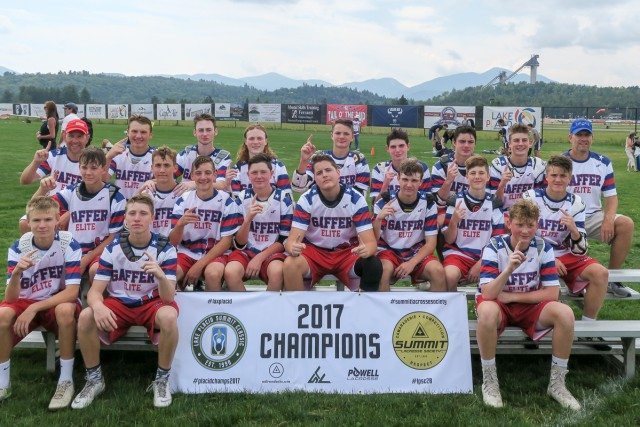 This year saw a couple of firsts for Lake Placid girls high school summer lax. For the first-time ever there were the same number of girls’ teams as there were in the boys’ divisions. 48 teams apiece were divided among seven divisions.

For the very top echelon of the girl’s side, there was the introduction of the Northstar division, which was primarily made up of collegiate committed teams. For example, UNC would gather all of their commits up from all over the country and put a team in under the moniker “Baby Blues” and they would play teams like Notre Dame’s “Golden Domers” and so on.

Lastly, at the very end of the scholastic championship day, the UWLX would hold their championships up in Lake Placid for the first time ever. The United Women’s Lacrosse League is a pro game for women’s lacrosse that features the very best in the game, and this year they decided to bring the championship to Lake Placid so all the girls who just finished playing could see the best in the business play.

In the first ever holding of the Northstar division, which highlights teams of players who are for the most part already committed, the Notre Dame commit team was able to top UNC’s commits in an overtime barnburner. This is the bar that has been set for the future of women’s lacrosse, and we’re excited to see how these young women elevate the game!MVP: Bridget Deehan 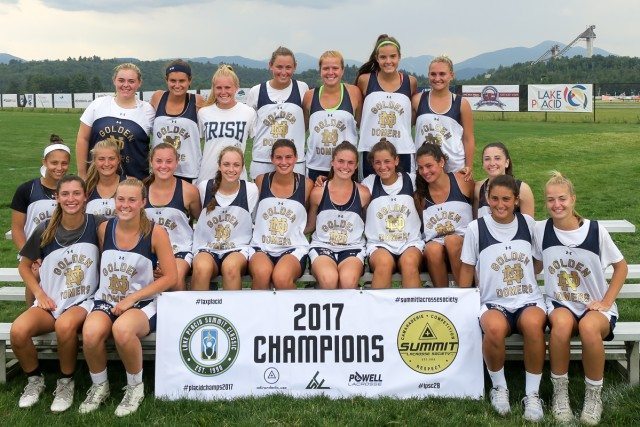 In a classic matchup of hotbeds, the Massachusetts girls were able to top the Salt City Snipers out of Syracuse, New York in a one goal matchup that featured lead changes and comebacks. Lacrosse is a game of runs and congratulations to Mass Elite on the run that took you to the championship! 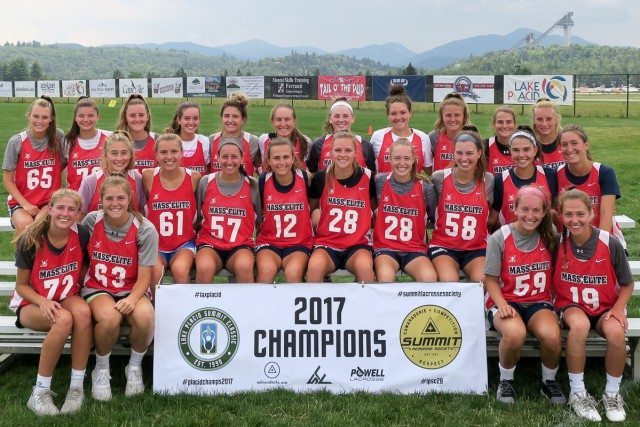 All the girl’s scholastic games were one goal games, and the younger girls’ division was just as competitive! The Virginia Metro girls traveled all the way north to Lake Placid and they’re heading home with the hardware. FCA put up an amazing fight but Metro came all this way to win! 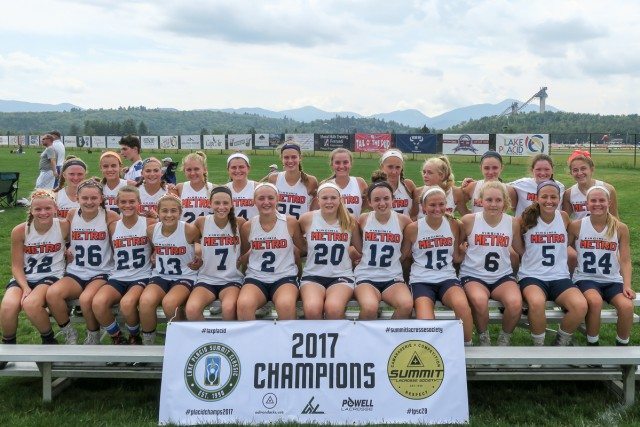 The scholastic tournament brought thousands of players, coaches, friends and families out to Lake Placid to not only enjoy lacrosse, but to enjoy the company of their loved ones and friends. This is high school summer lax at its finest. They brought the noise on the field, and had a wholesome experience off the field whether it be hiking, swimming in Mirror Lake, or meeting new friends and walking the main drag of Lake Placid.

If you were out there this year, we thank you for joining us in this true celebration of high school lax. If you weren’t able to make it this year or you’ve never been able to join, we really hope you’ll be able to make it one of these years! Please visit SummitLacrosseVentures.com/LPSC for more information.