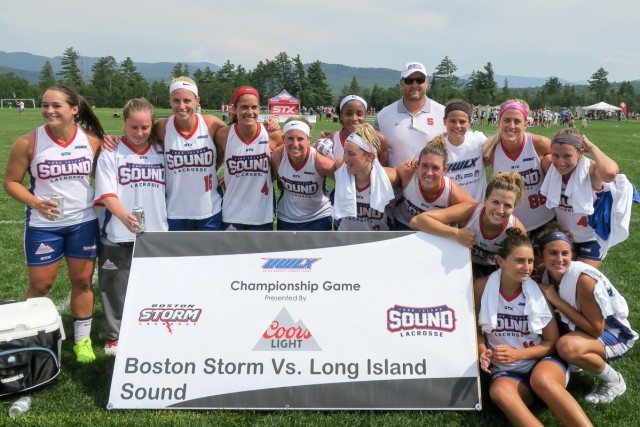 The UWLX brought women’s pro lacrosse to Lake Placid for the first time ever! In its second year of operations, the United Women’s Lacrosse League partnered up with Summit Lacrosse Ventures to layout a destination-style plan for the its title matchup. The game took place on August 2 as the grand finale to scholastic division play.

A large crowd was treated the very best in women’s pro lacrosse, and the Long Island Sound poured on goals to double up on the Storm out of Boston. This was a repeat matchup from the 2016 UWLX Championship, which Long Island also won against Boston, so you can imagine the competitive spirit in the air. It was truly an impressive display of talent. Christina Esposito, former Northwestern attacker, took home Most Valuable Player honors.

After the completion of year two, there’s no question women’s pro lacrosse has a bright future!

Congratulations to the Long Island Sound! Follow the team on Twitter, and stay tuned to @UnitedWLax for league updates.