As the kids packed up their bags and headed for the car one last time under the watch of the Olympic ski jumps off into the distance, some parents, coaches and grandparents were unloading bags from the car. It was adult club lacrosse time!

They’d watched their sons and daughters play, but now it was their turn. The final four days leading into the weekend would be for the youngest of the old and the oldest of the young. Men pushing 70 years old and beyond would be playing just one field separated from current division one players in the peaks of their ability.

One helmet, two gloves, some cleats, and maybe a cup or some arm guards. Everyone just wants to play to the best of their ability, regardless of their age. This truly is a unique tournament that allows the very best of all time to share the field with the guys who just love it and want to keep playing. Adult club lacrosse is for everyone who enjoys our beautiful game!

Cuse’s Burning Orange was able to bring home a championship for Roy Simmons Jr as he watched the game on his 82nd birthday! GMH brought a loaded team from the Philadelphia area, but the Orange were just too much and dominated all over the field. 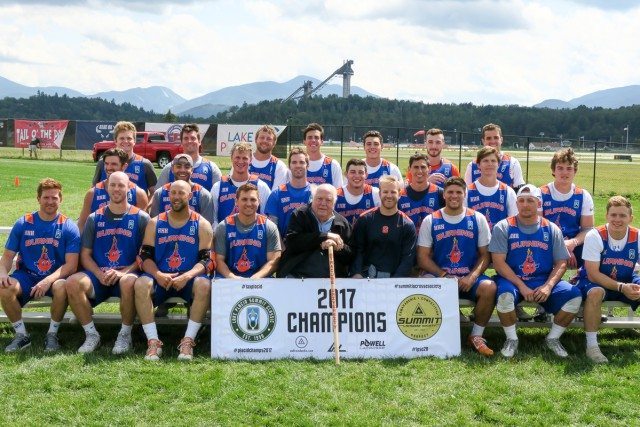 Cranx brought the noise with their talented crew based out of Western Mass. Primarily made up of WNE players, this quality group of guys were able to punish FCA’s alumni team with overwhelming offensive power. 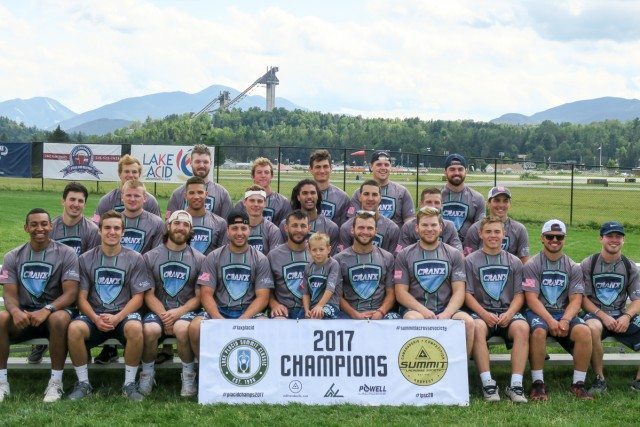 Team HLA brought the high-profile players! A few USWNT players were fresh off their World Cup and World Games championships in England and Poland and made it a trifecta with a Lake Placid women’s 18+ Championship! Chasing rings is right! 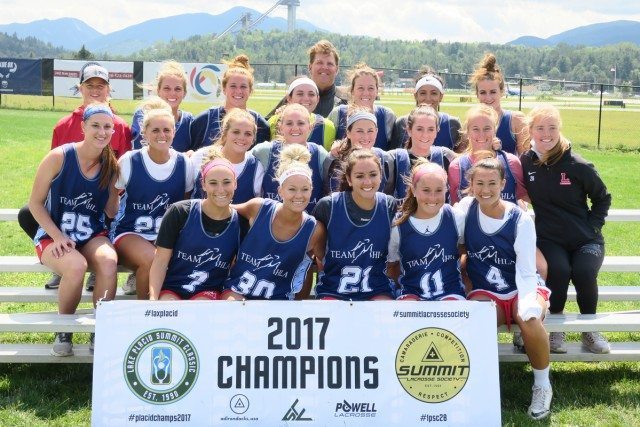 Brew’s Your Daddy not only wins the Women’s 18+ Silver division, they also are contenders for best name at Lake Placid this year. Brew’s Your Daddy cruised to a 9-3 win over the Wayne Sporting Goods ladies, but Wayne’s still made the championships and we commend both teams on a weekend well played! 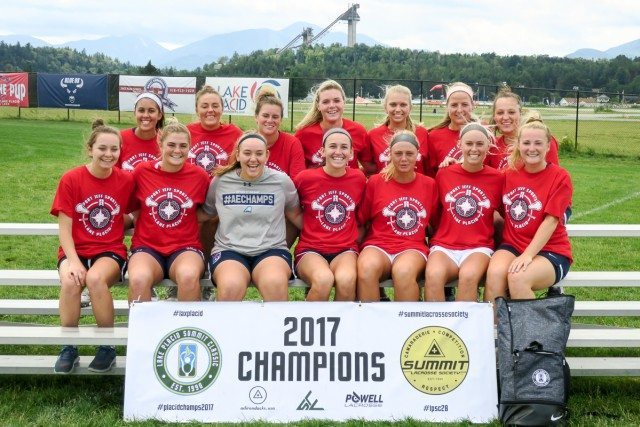 Graph-Tex is a staple in the Lake Placid family. Talented teams in the men’s, women’s and master’s divisions always bring a strong showing of Upstate New York’s finest and this year was no different. Motive Pure gave them a run for their money, but Graph-Tex’s experience in championship lacrosse paid off! 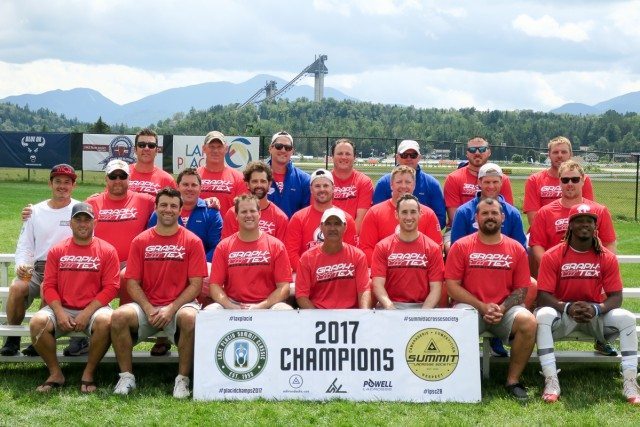 Topping the Olden Flyers (many of which have national championship rings) is no easy task. The Nation men were up to the task however and some exceptional Lake Placid lacrosse was played to bring the championship home to Croart Nation. 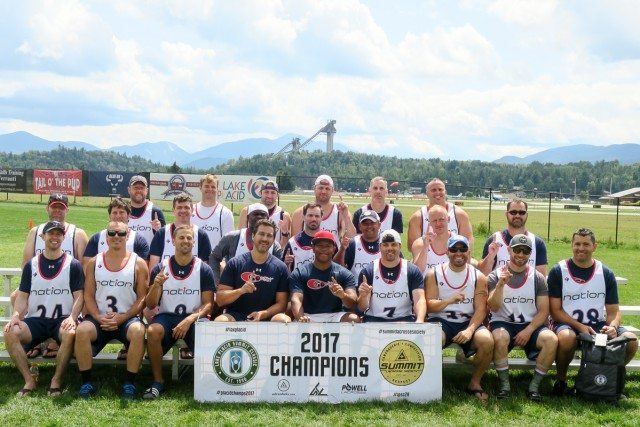 Since their inception a few years back, the Pure Performance group has been dominant in any age group they play in. This core group has stayed together and if I’m not mistaken this is their third straight championship in Lake Placid. Ruthless offense from Cort and Blake Kim, as well as the physically dominant Doug Madden, this is a team that will continue to dominate. 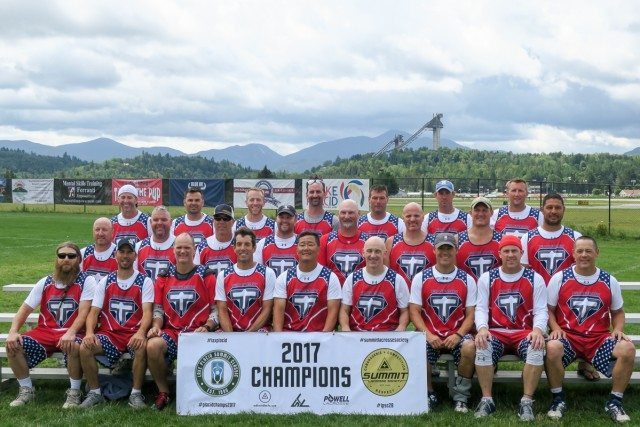 The storied Long Island Lacrosse Club brought their best and brightest up to Lake Placid this week, but they ended up playing fellow island-dwellers in the championship. The Island v Island matchup went in Long Island LC’s favor by a three goal margin, but a good game was had all around. 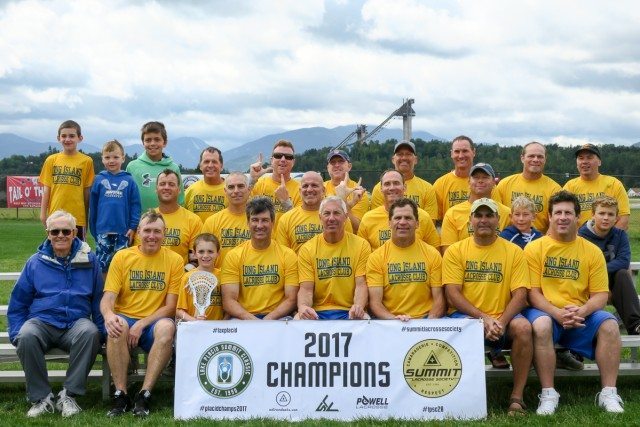 Sailin’ Shoe is another one of the teams near and dear to the Lake Placid family. Only claiming one championship this year, the Shoe narrowly edged the Denison alumni team by just one in a nail-biter of a contest. The lacrosse doesn’t necessarily get faster with age, but it does get better! 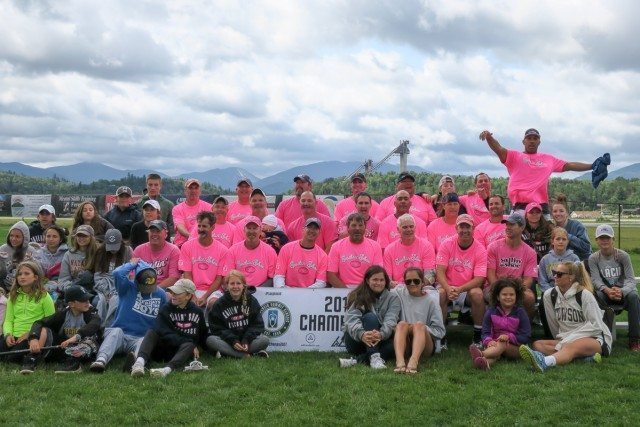 In a division just one year senior, the Checkmate men were able to dominate in a 9-3 victory for their championship. We’ll see if they can repeat next year, as the majority of the younger (44+) division will qualify for the next age group up! 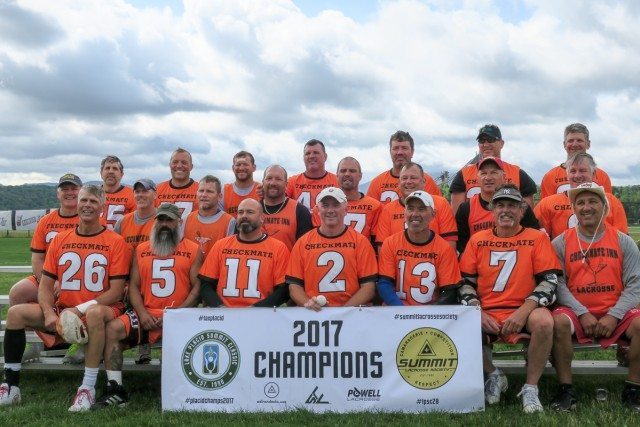 Championships should all be this close! The Quakers have been coming for years and years, and they’re keeping the quality of play up as they age. Congrats to the quakers and to the Patriot men as well for a championship well played! 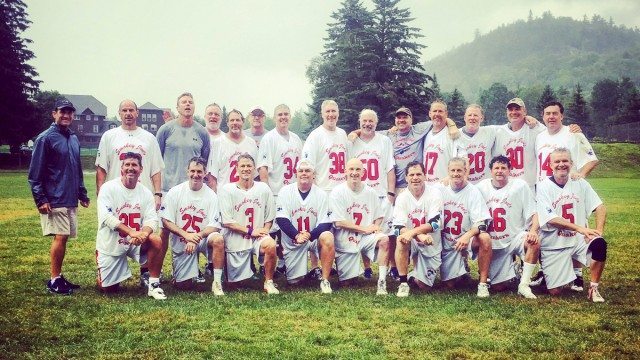 In the six-team division of Men’s 55+, the top 3 teams and the bottom 3 squared off in a round-robin to declare the winner. As is to be expected, there was a three-way tie with Harley, Sailin’ Shoe and Cloudsplitter. Harley allowed the fewest goals against and were thus crowned champions! 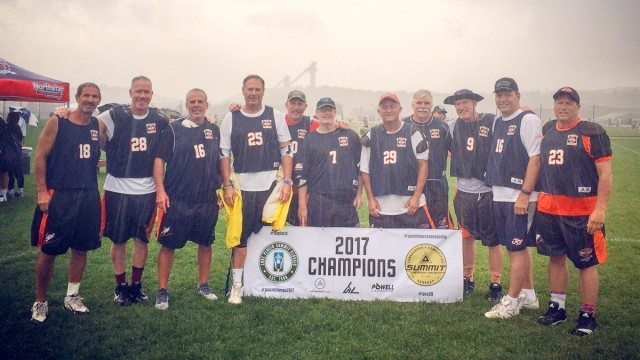 Unfortunately the weather took a turn for the worst on Friday and an Adirondak monsoon stopped all the games. The championship for the Men’s 60+ division never got the opportunity to start, and as many players on each team were leaving town and weren’t able to play the following day, the Ultra Legends and Cloudsplitters were declared co-champions!

The women’s masters played two exhibition games. There hasn’t been as strong of a demand for women’s master’s adult club lacrosse, but the future is bright with more girls playing than ever before. Two teams played two exhibition games in the spirit of having a good time and getting a good run in up in beautiful Lake Placid. Thank you to everyone who came out to play in these games and we hope to have you back next year!

Once again, congratulations to all of our championship teams! We loved seeing everyone out this year, and we look forward to seeing you again next year, and the year after that!

If you were unable to get your adult club lacrosse fix in with us this year, we suggest you really mark off your calendar for next year’s Lake Placid Summit Classic! Please visit SummitLacrosseVentures.com/LPSC for more information.