BHG and Team HLA took top honors in Sunday’s action, claiming respective titles in the men’s and women’s over-18 gold divisions, which featured some of the top collegiate Division I talent in the nation.

Team HLA took down Big Lax YOLO by a 9-5 score in Sunday’s final to win the championship in the top women’s division for the fourth straight year.

Long Island’s Allie Pavinelli of Team HLA was named the most outstanding player in the title tilt.

“We share the ball, we know when we need to clear through for people, we play hard on defense and we win the draw a lot, and that definitely helps us,” said Pavinelli, a 2018 graduate of the University of Florida. “Together, we play really well as a group. We only come here for the weekend and we do great. We’re mostly Long Island girls, a bunch of Loyola girls, a bunch of UVA girls. I’m the only one from Florida.” 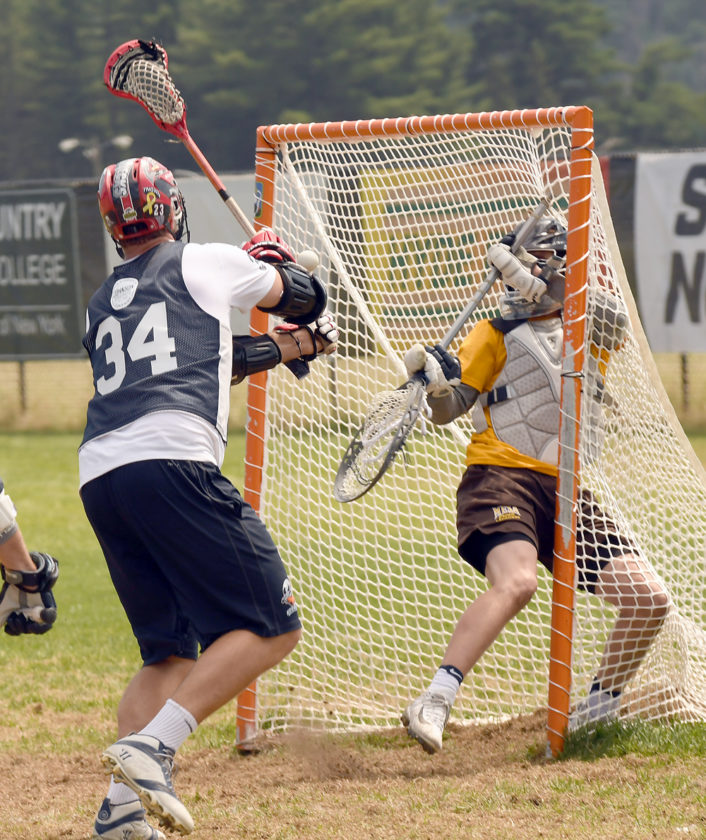 Pavinelli credited Team HLA’s coach, Sean Albert, for putting everything together so they can gather in Lake Placid once a year.

“He does a really good job recruiting the girls,” she said. “Our team always changes a little bit. There are a lot of the same girls but he always puts the right girls together. We have a good time, we know when it’s time to be serious and we come out and win the championship. It’s pretty exciting. You have a good time off the field and when you come to these fields, you want to win it. It’s a good feeling. We do it for Sean.”

Team HLA posted a 4-0 record and outscored its opponents by a combined 40-16 on the way to the title.

BHG, or Bankers Heathcare Group, also rolled through four opponents to capture the men’s 18 and over gold crown. BHG toppled Mesa Fresh Lacrosse 10-4 in Sunday’s championship. The winners jumped out to a quick 2-0 edge and never trailed in the match.

TD Ierlan of Victor was a dominant force on the draws for BHG and was named the men’s most valuable player in the championship match. Ierlan had previously played at Albany State and transferred to Yale, where he will be a junior this fall and suit up for the reigning NCAA Division I championship Bulldogs team. Ierlan said he has been competing in the Lake Placid Summit since he was a scholastic player. 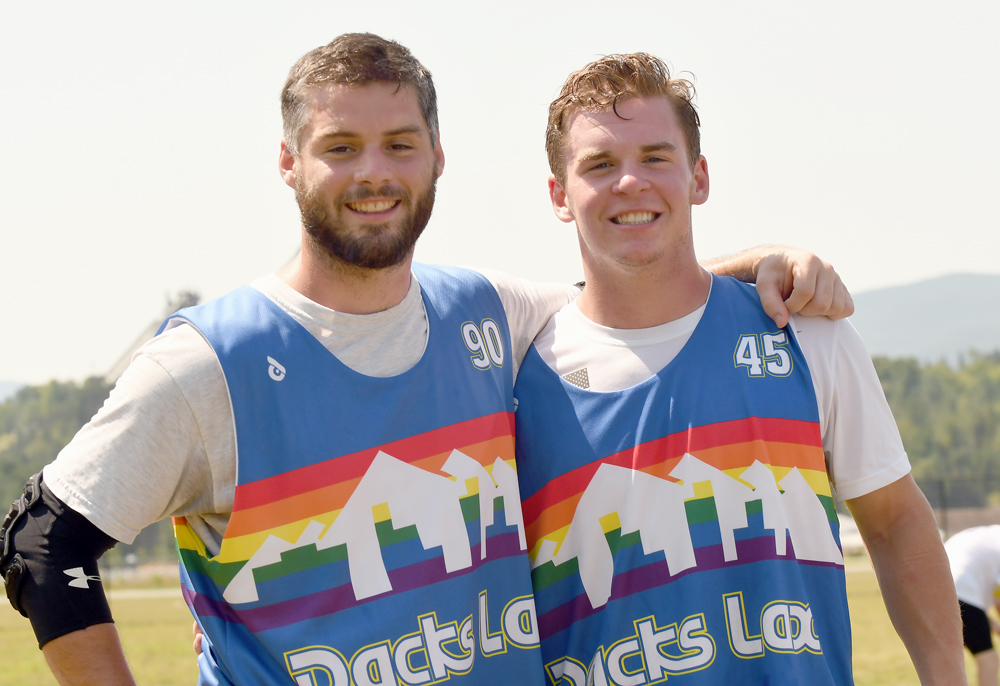 “I feel like we always joke because when we were littler, all the teams were so much better,” Ierlan said. “Two years ago when we came here we were fresh out of high school and we came in last place, so it’s cool. It’s just good to come up here and play.

“Honestly, wins and losses don’t mean much; it’s just good to come up here and see everybody,” Ierlan continued. “I’ve been here five or six years in a row. It’s kind of like the end cap of the summer. I love it. It’s great to win obviously, but I think we just have a lot of fun. All the guys have grown up playing together, and this is the one time we get together each year. It’s a fun group of guys and we hang out and stay in touch.”

The most local team in the adult division was Dacks Lax/Love Linda. The squad was mainly a group of Plattsburgh State alumni, and also featured a pair of Saranac Lake High School graduates — Killian Ryan and Dan Sweet.

Sweet, a 2009 Red Storm alum, missed last year’s Summit while recovering from knee surgery and was fortunate enough to play for Dacks Lax/Love Linda this year. The team competed in the over-18 men’s silver division and posted a 2-2 record in games played Saturday and Sunday.

“A year ago I couldn’t even think about playing lacrosse. I tore my ACL,”Sweet said. “I’m a little over a year out from surgery and I’ve been going up to Canton playing some pick-up lacrosse with a lot of the guys on the team here. One of the D poles broke his leg, I was the alternate and got the call at the last moment. I’m very happy I was able to get out here. I’m playing with kids out here who graduated in 2017, 2016, so I think I rank up there with the older guys. 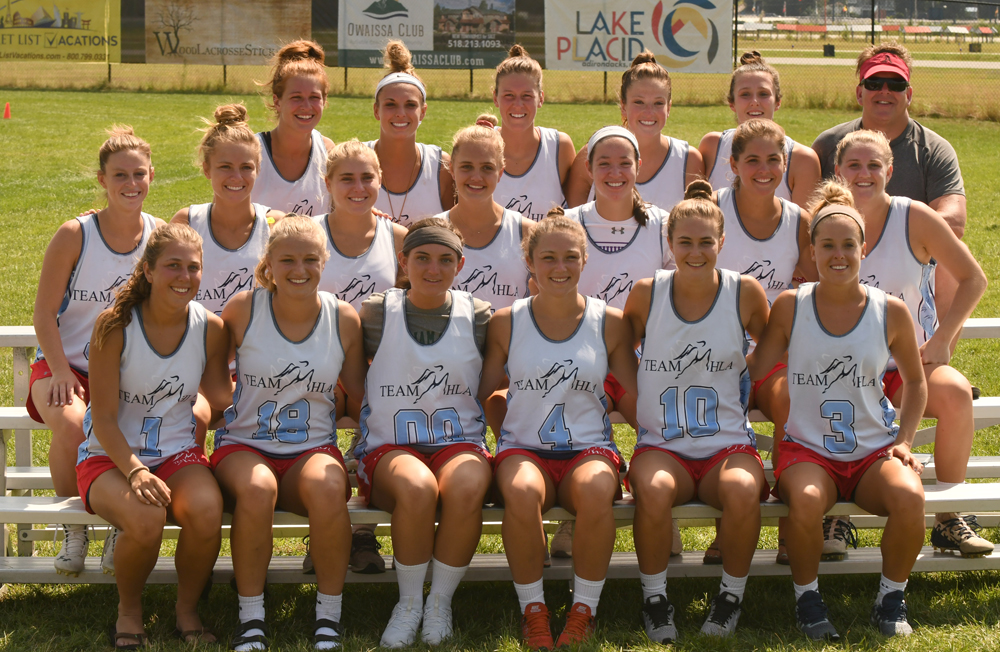 “All our games were close,” Sweet added. “We definitely had the potential. We were just getting outhustled. They were outperforming us on all sides of the ball until we started picking it up.”

In its final game of the tournament, Dacks Lax/Love Linda erased an early 2-0 deficit on the way to a 7-5 victory over the Catamount Red Men.

“This was a blast,” said Ryan, a defender who will be a senior at the Wentworth Institute of Technology in Boston, Massachusetts. “I’ve been playing here for close to seven years now, working my way up through Tri-Lakes and now Dacks Lax. It’s just special being in your back yard and being able to play with such a high level of competition.

“I’m definitely satisfied,” Ryan added. “I got a lot more runs than I had last year. I didn’t really get to pick up my stick last year. I thought we played well. We beat some teams with some really good guys. A lot of DI kids. It was cool. It was fun.” 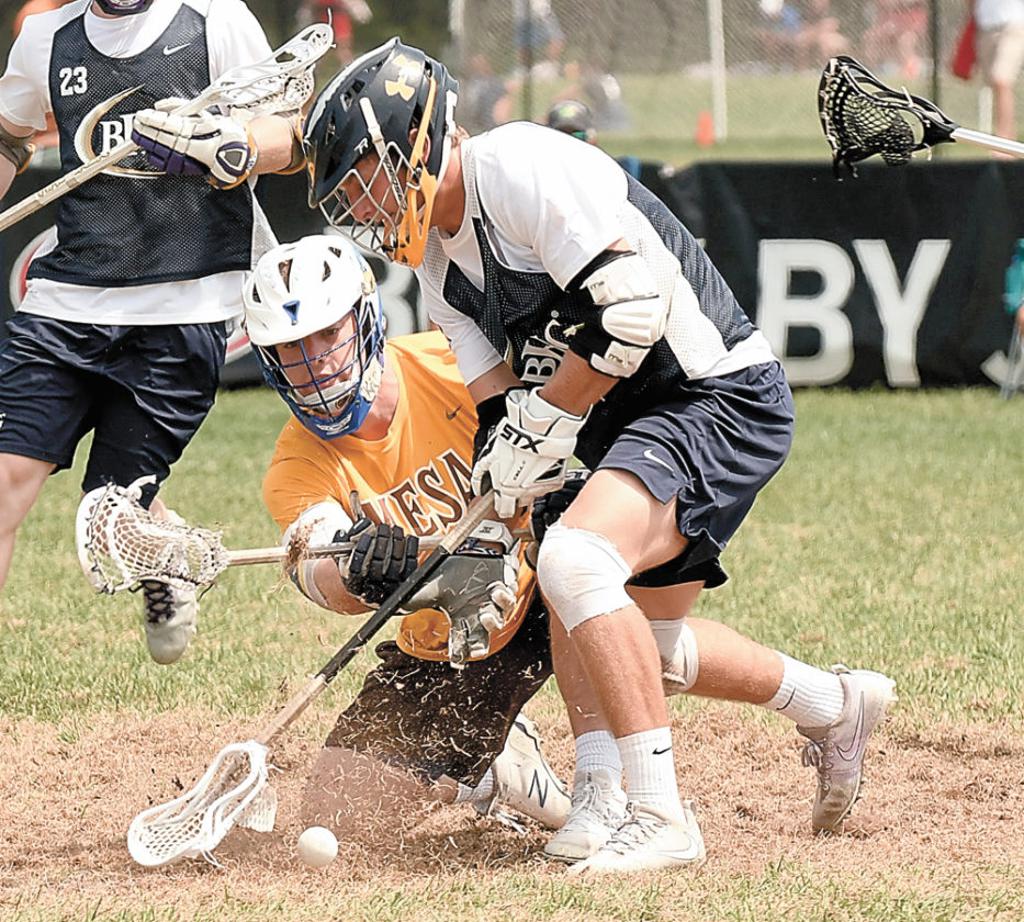 TD Ierlan of BHG, in blue, battles with a Mesa Fresh opponent during Sunday’s men’s over-18 gold championship game in the 29th annual Lake Placid Summit Classic lacrosse tournament. Ierlan was the game’s most valuable player while helping lead his team to